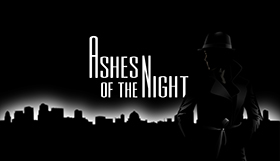 Following up the tradition of Hollywood’s neo noir movies, this project plays with the expectations of the audience and uses the buzzword “noir” in its original meaning: Continuing the tradition of directors like Billy Wilder and Alfred Hitchcock this feature length film project presents a whodunnit-story with the appropriate amount of suspense combined with a razor-sharp satirical look at how the gender roles in these films are usually allocated.

The Day I Lost My Life (feature film) 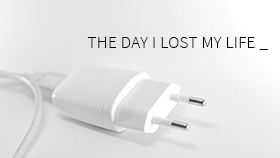 A film about four very different characters living in one of the main capitals of the world, but actually leading a rather digital and therefore global life, until one day destiny pulls the plug and life, as they have known it, comes to an end. This film centers around the question how living, working and  communicating has changed through the digital revolution and shows four possible ways of how to live with the hydra called new media without losing the sense of reality.

What the Frick (sit com)

This sitcom idea is based on Alice Frick’s Stand Up Comedy Solo: “What the Frick?!” and is about an Austrian woman in her 20’s, newly-arrived, and trying (but generally failing) to make a life for herself in contemporary London.

Lisl Frick, the confused Austrian abroad, has left the Alps, escaping her conservative and religious parents who want her to get married to her cousin Hansl, and take over the family restaurant.

Venturing to London, Lisl comes out as gay and tries to pursue her dream of becoming a comedian. Sharing the flat with Kelly, a self-obsessed American actress, wide-eyed Lisl says yes to everything and constantly ends up in awkward predicaments. She soon discovers that Hansl has followed her to London in the hope of winning her back.